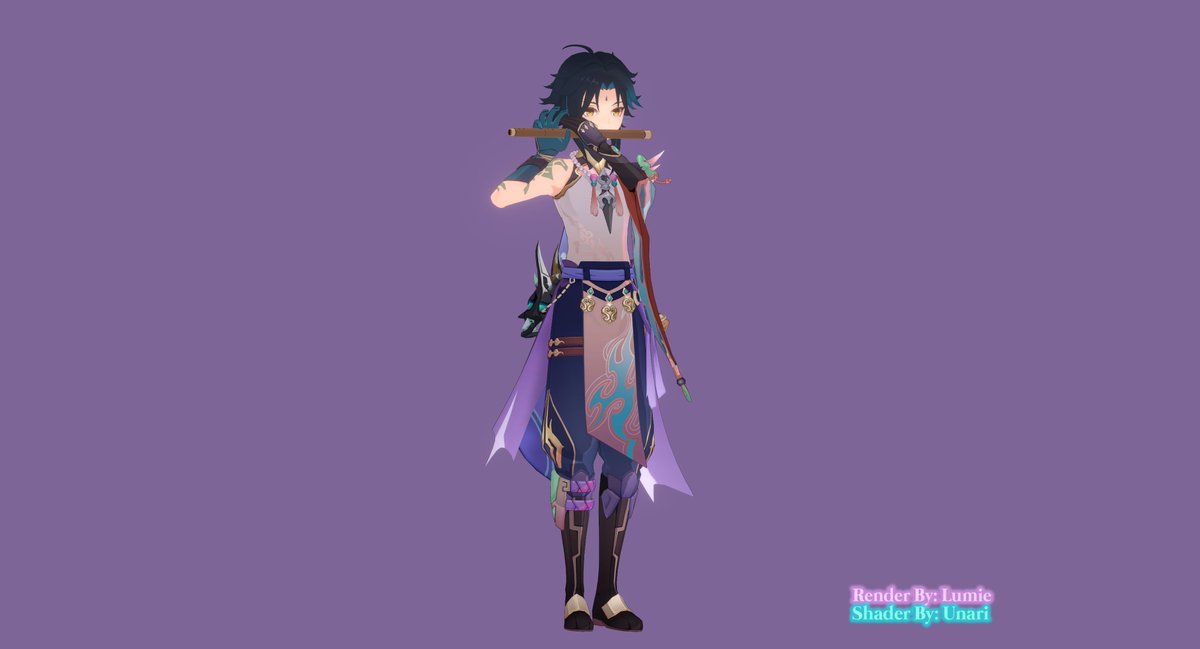 Xiao is an Anemo polearm damage dealer that is both swift and hard hitting. His damage revolves around his plunging attack, which already has higher multiplier than most characters, and is further boosted by his elemental burst at the cost of some HP drain. Being a polearm character, he attacks pretty fast and the elemental skill makes him quite mobile and can be used multiple times for some burst damage. Outside of his damage dealing ability, he does not provide much as a support/utility, other than his skill/passive for traveling.

As a standalone damage dealer, the usual DPS build of 2 piece elemental artifact with 2 piece Gladiators Finale will work just fine. However, using a 4 piece Viridescent Venerer does have good potential to combo with your team. The elemental resistance shred that it gives will make your team deal more damage, and possibly make it worth the lack of 18% attack from using gladiators 2 piece. Since his character ascension bonus gives him crit rate, it will make building for crit damage more appealing, and just get crit rates from the substats.

For the weapons, Primordial Jade Winged-Spear may potentially be the weapon of choice for plunge attack spam playstyle. Skyward Spine can be promising if you end up struggling with his elemental burst uptime. For more obtainable weapons, Blackcliff Pole will be good on him under certain conditions, while Deathmatch is a more consistent option. Of the 2 craftable weapons, Prototype Starglitter helps with energy recharge to reach his burst faster, while Crescent Pike is good if your preferred playstyle is normal attacking, but the secondary stat of phys damage increase will be wasted since his burst imbues his attacks to Anemo element.

Using 4 piece Viridescent set bonus can be pretty strong if you pair him up with characters that can deal damage as you are attacking, like Xingqiu, Beidou, or Kaeya. His fast attack speed can also make really good use out of a c6 Fischl, increasing the damage of Oz's every shot because of viridescent bonus.

Another Anemo character can be a nice bonus for the elemental resonance. The Anemo main character can reduce an enemy's Anemo RES through their free constellations to help Xiao. Jean is another option because she can fill in the role of a healer too. If you have Jean at constellation 2, then she can also increase Xiao's attack speed.

Sucrose is potentially the best energy battery for Xiao. At C1, she gets an additional charge to her elemental skill, and equipping her with Sacrificial Fragments makes it so she can use her E 3 times. Otherwise, Thrilling Tales of Dragon Slayers for an attack buff for Xiao.

Zhongli's elemental skill can reduce all enemy's elemental RES, as well as providing your team with a shield, making it safer to play aggresively when you use his elemental burst.

Tartaglia (Childe) has a passive that increases normal attack talent by 1, which will increase Xiao's plunging attack damage as well.

Charged Attack
Consumes a certain amount of Stamina to perform an upward thrust.

Plunges from mid-air to strike the ground below, damaging opponents along the path and dealing AoE DMG upon impact.

Xiao does not take DMG from performing Plunging Attacks.

Can be used in mid-air.

Bane of All Evil

Xiao dons the Yaksha Mask that set gods and demons trembling millennia ago.

In this state, Xiao will continuously lose HP.

The effects of this skill end when Xiao leaves the field.

A Stella Fortuna is required to unlock each constellation. See Constellations Guide for more details.

Talent Level Up Materials
How to Farm Mora