New area unlockable in version 1.2 is the Dragonspine, located in between Mingyun Village and Dadaupa Gorge. A snowy mountain area with a new "gimmick," where we have to stay out of the cold in order to not get frostbite. Leaked images shows new enemies and interactables.

New status-effect / debuff in Dragonspine. Staying in the area will slowly accumulate the effect. Once it's full, you will start to lose HP. Bonfire and other sources of heat will reduce the status bar. Actions like swimming will increase the build up.

The leaks shows that Albedo is a 5 star Geo character, and uses a sword.

Ganyu is a 5 star character with Cryo element that uses a bow.

During the event, it will be easier to level the event weapon. Any character equipping the sword will be getting additional effects. If Albedo equips the event sword, the party will get all the buff effects:

The text effect seems to be different with the chinese version. This leak shows that the extra damage is +60%, crit rate +35%, and crit damage is +70%.

Event exchange shop. The first item is the material to ascend the event sword.

There is also Dragonspine Claymore, and Dragonspine catalyst with the same passive effect. Claymore has phys dmg% secondary, while the catalyst has atk%.

Faster way to get to Abyss by pressing F5 on pc?

Rewards for ascending your characters.

This leaker.. He is not afraid Ganyu doing charged shot against enemies https://t.co/nRb0seelwi 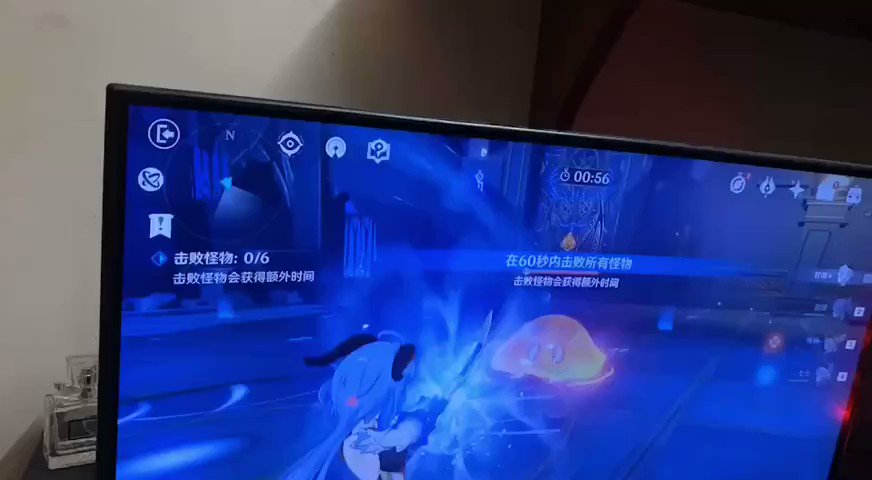 ATK% VS Physical/Elemental DMG% in Genshin

The Great Mountain Survey Quest Guide 1
How do you get them?
Lyney & Lynette 18
I bet you can use your Elemental Skill/Burst to change characters like how Tartaglia can change w...
Tartaglia "Childe" Boss Fight Guide 14
Please help! how much hp does he have at level 60?
Scaramouche 38
Baal
> Go to the latest comments